The ELO Experience – Back into the Blue Tour

The legacy left by Jeff Lynne & The Electric Light Orchestra barely needs any introduction – suffice to say that between 1972 and 1986 they achieved more combined UK and US Top 40 hits than any other band on the planet! 10538 Overture, Evil Woman, Living Thing, Diary of Horace Wimp, Don’t Bring me Down and of course Mr Blue Sky went on to become the soundtrack of our lives.

The ELO Experience are the world’s foremost tribute to The Electric Light Orchestra. With a sensational string section, a stunning light show and large screen projection to further enhance the experience, why not come along and enjoy this incredible show which accurately reproduces the songs and sounds and takes you on a magical musical journey through time. Tickets just £25 END_OF_DOCUMENT_TOKEN_TO_BE_REPLACED 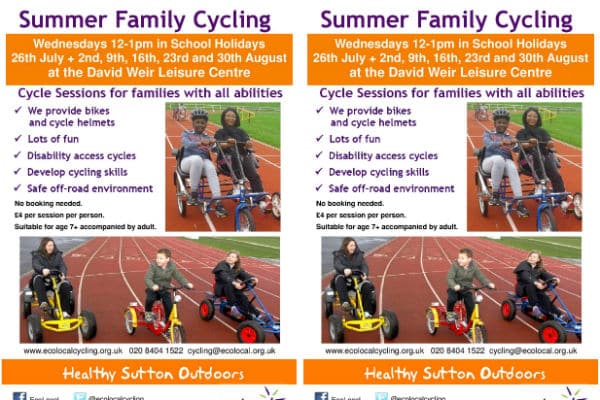 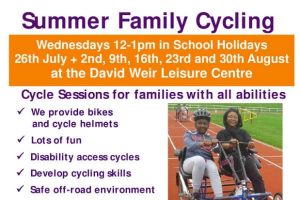 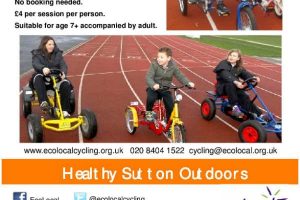 Ecolocal’s family cycling sessions will be running on every Wednesday 12pm-1pm throughout the Summer Holidays at the David Weir Leisure Centre, Middleton Road, SM5 1SL.

The sessions are aimed to provide lots of fun, accessible cycles so all families can participate and the ability for develop and practice cycling in a safe off road environment. 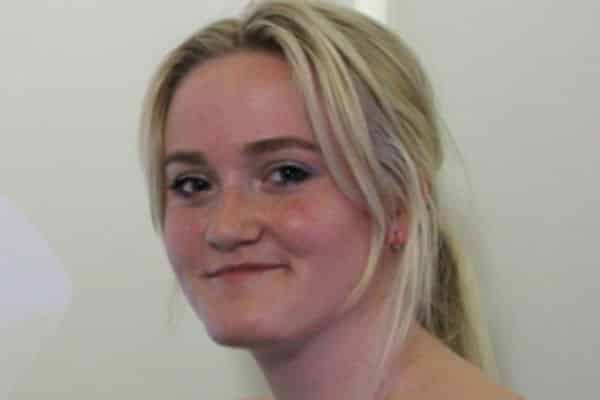 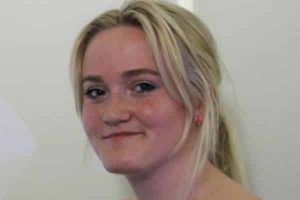 Sutton High School has announced that a film by Ella Sheffield from Year 13 has been selected for the prestigious Royal Academy A Level Summer Exhibition Online 2017. Her entry was one of only 49 to be chosen from a total of over 2,400. 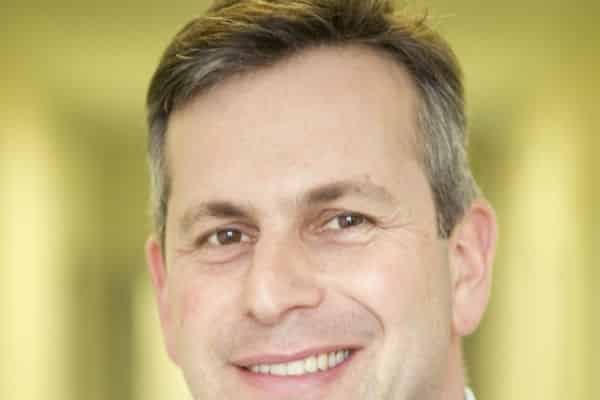 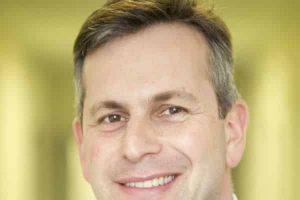 Local people are invited to learn more about Epsom and St Helier hospitals and put their questions to the Trust Board at the upcoming Annual Public Meeting, due to be held at St Helier Hospital on Friday 14 July from 9am.

The event will demonstrate the Trust’s key successes from the last financial year, and will look ahead to the challenges and opportunities ahead for this year. The Trust’s formal accounts for the year will also be presented at the meeting.

Chief Executive Daniel Elkeles believes exciting times are ahead for the Trust. He said: “Last year featured a number of successes for us, including providing care to a record number of patients and our strong performance against key waiting time standards. We were one of the few hospital trusts to see, treat and care for more than 95% of patients in our A&E departments within four hours – that is a brilliant achievement and one that we are very proud of. But we know that we can’t rest on our laurels and are working hard to improve our services even further this year.

“There is a lot of work going on to improve our hospital sites and in fact, we will be investing a record amount of money in the buildings, as well as in new medical and ICT equipment, this year.”

The agenda for the meeting is as follows:

The Annual Public Meeting will be held at St Helier Hospital in the Whitehall Lecture Theatre, Postgraduate Medical Centre (1st floor, B block). The meeting will start from 9am-10.30am, and refreshments will be provided from 8.30am for all attendees.

For more information about the Annual Public Meeting and other upcoming public meetings, please visit www.epsom-sthelier.nhs.uk/events. 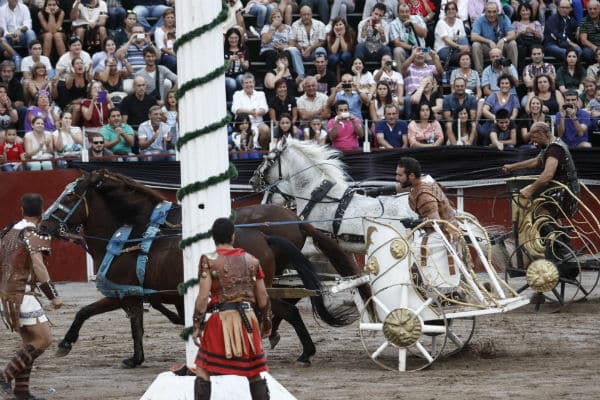 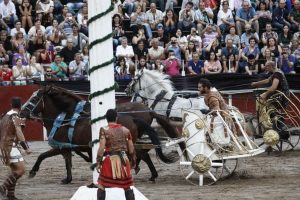 But, he was right in asserting that the most popular of all seasons is upon us, and, on the ever-popular Costa Calida, Region of Murcia, in Spain, that means days of seemingly endless sunshine and a plethora of festivities.

The region’s festivals blend history, nature and culture with a great atmosphere, and feature music and performers from across the world.

If one’s taste in music is more jazz than late 70s’ new wave, one can eschew thoughts of the Undertones and head, instead, to the 19th San Javier International Jazz Festival, from July 1-30, which will feature, among others, Nik West, Myles Sanko, Steve Vai, Mike Stern, and the JBs, the original James Brown band.

This highly regarded event draws jazz fans from across the globe who enjoy world-class performances on summer evenings just a few minutes from the sea.

Also in July, the port of Cartagena plays host to the eclectic La Mar de Músicas Festival, from July 15-23, which offers a programme of varied world music in a variety of atmospheric settings within the city.

Each year the festival invites a guest nation to contribute exhibitions, musicians and cultural activities to broaden the spectrum of artists on offer – and, this year, it’s the turn of Sweden. This promises many different genres of music – among them boogie, futuristic jazz, techno, singer-songwriters, neofolk, joik (a traditional form of song) and fusion – all performed in a historic and fascinating environment.

The two main stages are the Parque Torres Auditorium – from where the port and impressive archaeological remains of the Roman theatre can be admired – and the El Batel Auditorium, a watch-tower by the sea. Other stages include the Arab castle, the City Hall square, the Icue and the San Francisco squares, La Mar Chica, and the ruins of the Old Cathedral – each a historic venue in its own right.

Many of the concerts are free and reduced-price entry into those that do charge can be obtained by securing a season ticket.

The 37th Lo Ferro Flamenco Singing Festival, which takes place in the tiny town of Lo Ferro from July 23-31, can be enjoyed in a traditional atmosphere. The 500 inhabitants of the town enjoy flamenco with a passion and Lo Ferro has its own flamenco singing style called La Ferreña, which was specially created for the festival by Antonio Díaz ‘Fosforito’, in 2003.

In August, the highlight is the Cante de las Minas de La Unión Festival, one of the most important flamenco events in the world. Running from August 3-13, it features performances by leading exponents of flamenco, such as Manuel Cuevas, El Cabrero, José Enrique Morente, Pitingo, Rancapino Chico, Farruquito, Antonio Reyes and José Mercé, while up-and-coming artists will compete for the coveted Lámpara Minera award.

Away from the music, the Carthaginians & Romans Fiesta, which takes place in Cartagena, from September 16-25, offers the opportunity to experience history first hand.

Roman campsites are set up on the outskirts of the city and events are organised throughout the week as more than 4,000 Roman soldiers, barbarians and Carthaginians – the otherwise peace-loving citizens of Cartagena – march through the streets. It is a colourful and exciting spectacle which draws in families from right across Europe and beyond.

A four-night, self-catering break in Cartagena in July costs from just £157.36 per person, based on two sharing a twin or double room, at the three-star NH Campo Cartagena hotel, in a residential area of the city.

Access to Costa Cálida, Región de Murcia, is simple as it is served by Murcia-San Javier airport all year round, while Alicante airport is also nearby. Both airports are served by numerous other airlines flying from a wide variety of UK and Irish airports and flights in July cost from just £22 one way. 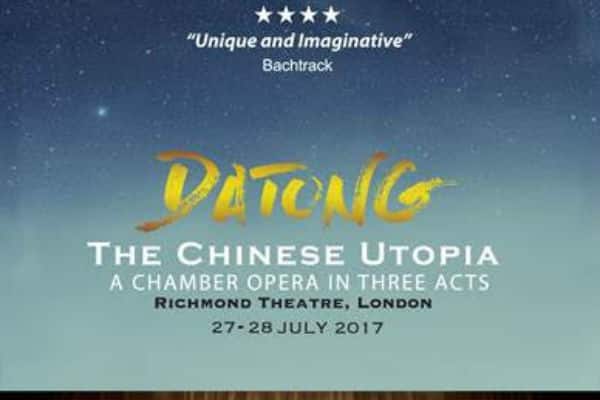 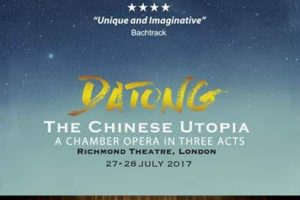 A century of Chinese history distilled into three acts, Datong – The Chinese Utopia tells the incredible story of utopian philosopher and constitutional reformer, Kang Youwei, through the viewpoint of his daughter Kang Tongbi, a pioneering Chinese feminist. Adapted from the award-winning docu-drama by Evans Chan and described as “a rare masterpiece in the history of Chinese cinema”, this exquisite chamber opera recounts Kang’s epic struggle to modernise China and realise his dream of utopia. It takes audiences on a sweeping journey from the last days of the Qing Dynasty through to the Cultural Revolution of the 1960s.

Directed by Tang Shu-wing and composed by Chan Hing-yan, Datong – The Chinese Utopia mines a rich seam of musical influences ranging from Benjamin Britten to The Beatles, Peking Opera to the American anthem, performed by a stellar cast of musicians under the skilful baton of conductor, Lio Kuokman.

Librettist, Evans Chan: ‘The Kang Youwei story, especially the Hundred Days Reform, has riveted modern Chinese audiences for more than a century. Part of my interest in conjuring Kang Youwei from the mist of history is to evoke that humanistic, utopian yearning at the origin of the Chinese civilization. It feels especially significant today to remember that there is always room for hope even in the darkest times…’

Datong – The Chinese Utopia will play a strictly limited run at Richmond Theatre as part of the Hong Kong Music Series, a three-week music festival across London in July celebrating the best of Hong Kong’s musical talents, and marking the 20th anniversary of Hong Kong’s handover from the UK to China, and the establishment of the Hong Kong Special Administrative Region.

Presented by the Hong Kong Arts Development Council and Hong Kong Arts Festival (HKAF), one of the leading multi-disciplinary arts festivals in the world, Datong – The Chinese Utopia enjoyed a sold-out run in Hong Kong for its 2015 world premiere captivating audiences with its philosophical and poetic retelling of history and heroism. 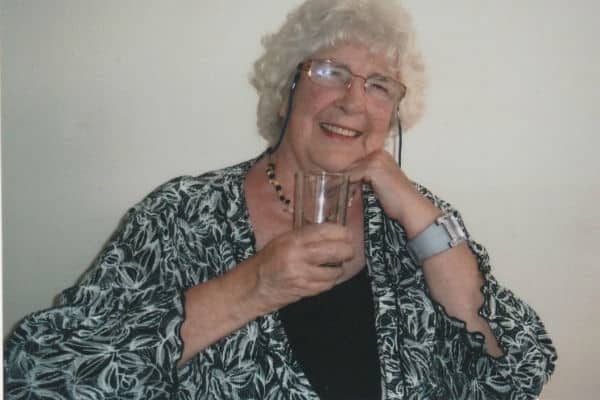 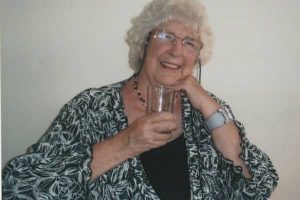 The British Empire Medal  (BEM) has been granted to Mary Kasey in the Queen’s Birthday Honours  List in recognition of her outstanding work for ‘Save the Children’.
Mary has worked unsparingly for the charity locally promoting and supporting the Cheam Village charity shop and has, throughout the years, organised and participated in a variety of fund-raising events playing a major role in raising nearly £3 million over the last 50 years.  She has also knitted over 3000 baby blankets for local hospitals and for babies abroad since being diagnosed with cancer nearly 10 years ago.
The award will be presented by The Lord Lieutenant of Surrey at Loseley Park, later this year, followed by a Tea Party at Buckingham Palace in 2018.
Categories: Beddington, Carshalton, Cheam, COMMUNITY NEWS, Hackbridge, NEWS, Sutton, Wallington, Worcester Park

Beddington returned to winning form on Saturday as they convincingly beat Farnham by 8 wkts. With key players now returning to both form and fitness, it is certain that skipper Simon Lewis will be expecting some better performances as the season progresses. 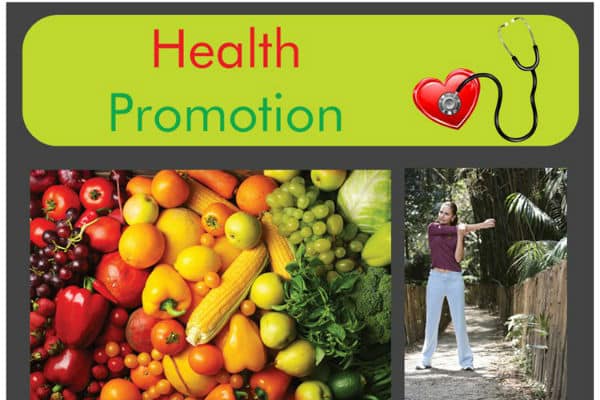 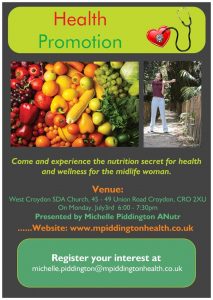 Come and experience the nutrition secrets for health and wellness for the midlife woman at West Croydon SDA church on July 3.

To register interest go to michelle.piddington@michellepiddingtonhealth.co.uk

London Borough of Sutton residents can now manage their health online in the same way they manage other areas of their life such as banking and shopping.

NHS Sutton CCG, working with other CCGs as part of Healthy London Partnership, is supporting a new campaign promoting GP online services, to encourage more patients to sign up. These services provide a quick, easy and secure way to make and cancel GP appointments, order repeat prescriptions and view parts of your GP health record, including information about medication, allergies, vaccinations, previous illnesses and test results.

1.7 million Londoners (and over 20% of patients in Sutton) have already registered for online services, with 89% of those surveyed saying registering is easy to do.

Evidence shows that patients who are involved in their health and care have less admissions to hospital and have better health outcomes overall.

“Just as we manage other aspects of our lives online, we can now manage our health in the same way. GP online services are making a huge difference for patients and in our practices, with benefits for everyone. Our practice staff feel more in control of their workloads, patients find it easier and feel more involved in their health and across London there have been significant reductions in missed appointments.”

“We want to encourage as many people as possible to sign up to this fantastic service and start taking control of their health.”

GP online services are great for those who lead busy lives and also for those with long term medical conditions such as diabetes and asthma. Though online services provide greater flexibility, Sutton’s residents will always be able to contact their GP practice directly during normal open hours.