Don’t forget to remind friends and family of our Community Safety Day for Older People 2019 on Thursday – 27th June 10am – 1pm at Sutton Library. Lots of different organisations attending with extremely useful free information and advice to help keep residents safe in Sutton. Everyone welcome.

Learn the basics for keeping your own chickens, including:

where and how to house them, daily maintenance, what to feed them

Also get the chance to see and handle a range of breeds.

All welcome and no experience needed.

Beddington Farmlands had the latest of it’s Open Days so I went and had a look, writes Roger Mills.

So what did I see – well I saw a huge amount of potential, real evidence of change and a lake which was hidden to me and I suspect will be a hugely popular feature in the years to come.

The evidence of work in progress came from the green shading slowly showing itself over the newly prepared farmlands with the most successful cocktail of soil to ensure the maximisation of success. To counter the tons and tons of extra soil and drainage material for the farmlands there is a deft specificity planned to attract the widest possible wildlife. All of this work will  also provide the necessary coverage of the equipment that is needed to ensure the landfill creation continues to develop safely. Owners Viridor has a 50 year commitment to this land but don’t expect manicured lawns, the objective is clear that they will manage the natural “chaos” of land that is simply allowed to develop in line with conditions.

I walked with several other residents who questioned our hosts on everything from fears of flooding to the diversity planned and amenities available. We were shown a new proposed wetland area which again emphasised the attention to detail as it was being devised to attract specific birds which will be “watched” in newly constructed hides . While walking up a track which will be a new cycle way we saw this truly remarkable lake which had been established for nearly a decade and was fed by a tributary of the Wandle but will be released to great scrutiny and so enjoyment with the launch of a Beddington Park link.

So the Farmlands are taking shape – it will be many years before they make the visible difference to the area that is hoped for but it is a strong next step – although extremely muddy after a deluge of rain.

A Section 35 dispersal order has been authorised for the Wallington High Street area to tackle anti-social behaviour.

The order has been made under the Anti-Social Behaviour, Crime and Policing Act 2014, and gives our officers the power to order people causing anti-social behaviour to leave the area.

Five years after transferring from the public sector into a private business Cygnet IT CIC was named as a finalist in the Sutton Business Awards.

“This is a great recognition of what we have achieved in the last few years,” said chief executive Darren King.

Cygnet was born when all of the staff offered staff the opportunity to “spin out” on their own and they collectively decided to take the leap.

“Up until then we had delivered services through the Council but as funding reduced we were aware that there was a business that we could try and maintain but outside of the control and security of the Council. We became a social enterprise in the form of a Community Interest Company because we felt it reflected our commitment to the communities that we served. And now we have been recognised in the category of best Small and Medium sized Enterprise in the borough.”

Cygnet IT Services CIC provides IT support for schools, businesses and charities while also supporting schools through their management information services. For more details of the services that Cygnet can supply please go to www.cygnet.it

Officers from West Cluster wards, Belmont, Cheam, Sutton South and Sutton West closed down a large Cannabis Production at a residential property in Belmont on Tuesday. “Officers working hard to disrupt and deter criminal activity in Sutton,” said a spokesperson 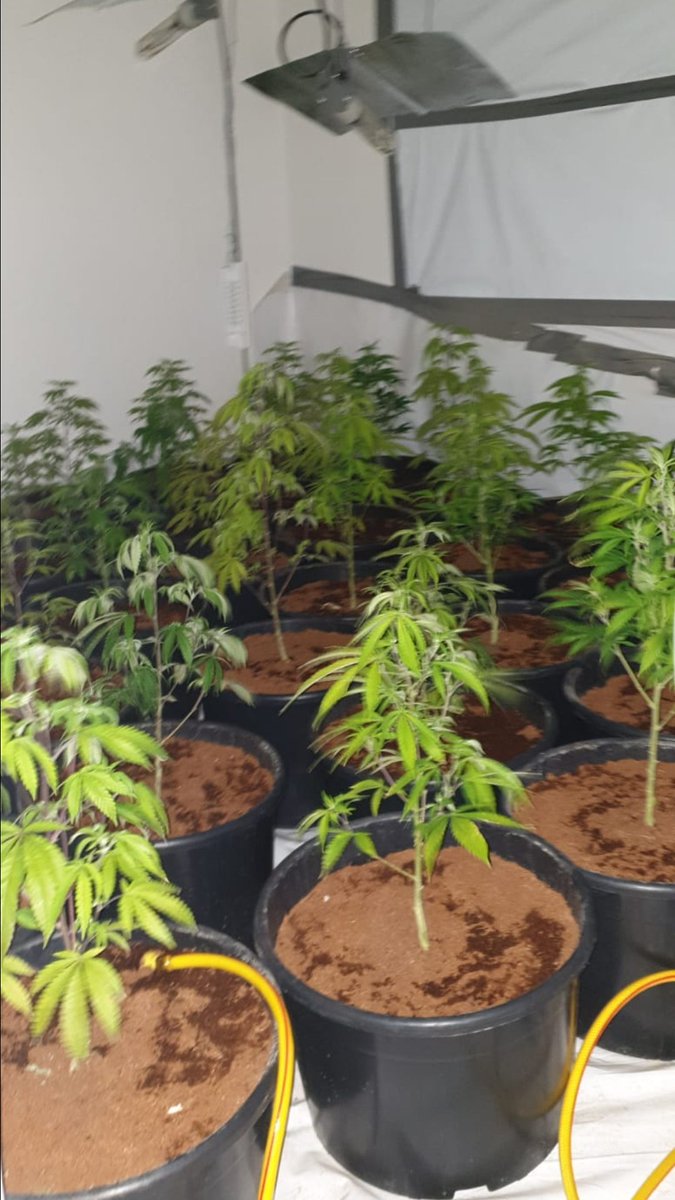 Mothers and grandmothers were in attendance on Monday at the latest brilliant workshop co-ordinated by Playwise Learning which focussed on toilet training for those children not meeting their developmental milestones.

Playwise Learning is an exciting new not for profit organisation that supports families with disabled children aged 0 – 8 years .The event was one of the many that are staged by Playwise Learning to help parents and carers support their children in the best way possible.

The company was only established in April but already has hosted a range of events in their new community hub which is based at Sutton Central Library.

“These events are open to members and non members alike but if you are a member then they a free to attend subject to available places,” said Pam Fry chief executive of the organisation.

“Although we have only just launched the response has been amazing. We are always looking to offer that much needed support in as many different ways as possible.”

The next talk on toilet training is on 15th July  and to book your place please go to: Eventbrite: The ABC’s of toilet training children with additional needs and disability

A major initiative to battle the “Enemy of Boredom” is taking place in two centres in the borough.

In sites in Carshalton and Sutton the EOB Esports Academy has established itself creating a space for people (students) with an obsession with esports and video games to come together to create grassroots esports teams, build their brand and play in their teams at our EOB Esports
events, students showcase video games that were created on our courses at these events too.

The Academy already has a centre in Watford and has plans to open two more centres in 2019.

“We also popped up in Peterborough &amp; Croydon working with our friends at the Prince’s Trust, that brings us to partnerships ,” said a spokesperson.

“We have been working with the Prince’s Trust for 2 years now, they in-fact funded our pilot programme as they believed in the EOB Esports Academy from its conception.

“We have strengthened this partnership and there will be more announcements about our work with the Prince’s Trust coming soon.

“We have also made friends with Sutton District Training – these folks saw the potential in what the EOB Esports Academy were doing and invited us to be a part of their college .

We now run free courses for 16-18 years olds – please spread the word! We are exploring new towns and cities across the UK to launch new EOB training Centres.

For more details go to ACADEMY

Sutton Borough’s only memorial to a number of civilians killed in World War 1 has been has had a “make over”.

The monument, in Sutton’s main cemetery just off the A217, commemorates five munitions workers, including one woman, who were killed in explosions in Brock’s Fireworks Factory in North Cheam. The company erected the memorial after the war, and it’s believed that at least some of the dead workers are buried in the plot.

During the Great War, the fireworks factory – the world’s largest – became a munitions plant, and its workforce increased from about 400 to 3,000. They produced many millions of explosive devices to aid the war effort including grenades, fuses, signalling flares, explosive bullets,
incendiary darts, gasses and missiles.

The company moved away from North Cheam in 1934 and since then the memorial had been neglected and had
deteriorated over the years. The initiative for the restoration, costing £8,000, came from the Borough’s First World War Commemorative Steering Group and was funded by Sutton Council’s Cheam North and
Worcester Park Local Committee.

The story of the factory on Gander Green Lane, and of the fatalities, are detailed in a new information board which has
been installed beside the memorial.

The WW1 Steering Group was set up to ensure a better understanding of the impact of World War One on the lives
of residents in the Sutton area a hundred years ago. It facilitated, oversaw and, in some cases, commissioned a
variety of events during the four years of commemorations.

The memorial has recently been restored by the London Borough of Sutton as a tribute to these five workers, and to other Sutton civilians who died in the service of their country. Eliza Bailey is the only woman from World War 1 commemorated on any of Sutton’s war memorials. Her parents emigrated from Croydon to Australia around 1887 where Eliza was born in 1892. The family moved back to Longfellow Road, Worcester Park around 1900. It’s not known when Eliza joined Brock’s, but her payroll records show that when she was killed, she was employed in the hand grenade filling section.

Chair of the Group, Lord Graham Tope, said: “The major role of the Brock Munitions Factory in North Cheam and its civilian workers during the Great War has largely been forgotten.

“We felt it important to restore the Sutton Cemetery memorial in recognition of those civilians who died, and to have a continuing reminder of the contribution made by so many people in our local community to the war effort.”

A report on the work of the Steering Group detailing the many events that took place in Sutton during the centenary commemorations, and their continuing legacy, is to be published shortly.

We all need to incorporate more fruits and veg to our diets.=, said Sutton based trainer Aaron Choi.
“Unlike a lot of foods, due to the great effects of the micro nutrients it is normally a case of ”the more the better.”
“A good amount to aim for is around 7 portions a day. In my opinion, 5 isn’t enough.. but 10 can be a bit of a stretch. 7-8 portions a day will be attainable, and should have you feeling good.
“So how do you get more? Here are some quick and easy ways..
1) Double up your veggie portions in meals
Also a good way to cut down calories in meals. If you fill the plate with more veg, there’s less room for calorie heavy carbs such as pasta and rice.
2) Try Lettuce Wraps
Try this with some shredded duck and hoisin sauce, they’re great.
3) Try replacing carbs with vegetable alternatives
Veggie noodles or courgetti are good examples. This is also a good way to cut down the calories in your meals.
4) Squeeze lemon and lime into your water
You don’t even have to go to the trouble of eating anything with this method. Plus it tastes great and is a good way to make your water less bland!
5) Add vegetable powders to porridge and cereals
Some examples are broccoli powder or maca powder. 5g in your breakfast bowl won’t taste too bad.
6) Make smoothies!
This can be a refreshing and easy way to get a lot of micro-nutrients in at once. However, make sure its more veg than fruit as the sugar content can be quite high.
For all your personal training requirement contact Aaron on AaronKFMC@hotmail.co.uk
Categories: Beddington, BOROUGH NEWS, Borough-wide, Carshalton, Cheam, Hackbridge, HEADLINES, NEWS, Sutton, Wallington, Worcester Park
Recent Posts
Recent Comments
Archives
Categories
Meta