Jane Pettifer, Assistant Director of Quality at NHS Sutton CCG, has been shortlisted for the national NHS Parliamentary Awards for her outstanding contribution the NHS in Sutton following her success in the regional awards.

The NHS Parliamentary awards are organised by NHS England and nominations are made by local Members of parliament. Nominees are shortlisted to become ‘regional champions’ locally and invited to attend an event in Parliament on 10 July when national winners will be announced.

Jane was nominated by Paul Scully, the MP for Sutton, for the lifetime achievement award in the NHS. Jane began her NHS career in 1975, as an auxiliary nurse. Despite being told earlier in her career that she was not “clever enough” to become a Registered General Nurse, she went to night school to get her “O” levels and then completed her RGN training at the Royal Surrey Hospital in Guildford in 1991.

Jane began working in continuing health in 1998 as manager of Carshalton War Memorial Hospital, implementing Funded Nursing Payments to nursing homes and continuing care assessments. She was also responsible for a clinical team providing care in the community. This developed into the role Jane has today at Sutton CCG.

Now, Jane has a full time role in the delivery of Continuing Health Care , yet due to her passion and drive to get it right for patients she involves herself voluntarily in many programmes of work that benefit from her wealth of experience and nursing expertise.

Jane said: “Being told at such a young age I wasn’t clever enough really spurred me on to gain my qualifications, culminating in my BSc in Health Education, and achieve as much as I could in my career.

I am really proud to work in the NHS and honoured to have been recognised by these awards by being named as Regional Winner, Lifetime Achievement Award.

This isn’t something I ever thought could happen to me when I started out as a 16 year old auxiliary nurse at St Helier Hospital.”

Paul Scully, MP for Sutton, said: “I am delighted to see that Jane’s incredible work being recognised at the NHS Parliamentary Awards. Jane’s lifetimes work in improving the lives of patients in Sutton is a testament to her passion for the NHS and I look forward to seeing her continue to contribute in the many years to come”.

Dr Jeffrey Croucher, Clinical Chair for Sutton CCG, said: “Jane’s tireless efforts to improve the lives of others in Sutton is an example for all of us working in the NHS. I am so pleased that Jane has been recognised for her outstanding contribution and I am sure she will continue to inspire others”

The first release of tickets for London’s spectacular New Year’s Eve fireworks will go on sale at midday on Friday 27 September.

A global television audience will be watching as more than 100,000 ticket-holders gather opposite the Coca-Cola London Eye to welcome in the new decade and show the world that London Is Open.

The pyrotechnic and lighting display features more than 12,000 fireworks, 2,000 lighting cues and 30 tonnes of equipment, choreographed to music. It will again start with the sounds of Big Ben’s chimes, despite them being silent this year due to renovation works.

It’s essential to buy a ticket in advance to attend the fireworks, and, for the fifth year running, ticket prices will remain at £10. Those who want to be at the event are encouraged to sign up now for reminder emails just before the tickets go on sale.

The event attracts visitors from around the world and is likely to sell out quickly, so it is important to book early.

Those without a ticket are encouraged to visit the capital’s diverse range of bars, restaurants, pubs and clubs, or watch the display live on BBC One alongside more than 12m TV viewers.

To ensure that the event is safe and enjoyable for all, the Mayor’s team works closely with a range of partner agencies including the Met Police, TfL, local authorities and the emergency services.

To sign up for ticket updates and more information go to www.london.gov.uk/nye

Detectives are appealing for information and witnesses following an arson at a former hairdressers in North Cheam.

They have also released a CCTV image of a man they wish to speak with, and ask that anyone who recognises him contact investigating officers.

Police were called at 17:00hrs on Saturday, 7 September to reports of a fire on Cheam Common Road.

A number of neighbouring buildings were evacuated as a precaution.

The disused shop and the empty flat above were severely damaged by the fire. Fortunately, no one was injured.

The fire is being treated as suspicious.

Detectives from the South Area Command Unit are investigating alongside the LFB.

A review of local CCTV cameras captured an unknown man walking into an alleyway close to the shop at 16:33hrs.

Officers are keen to identify this man and speak with him to establish what he was doing in the area.

Anyone who recognises him is asked to call police at Bromley police station via 101 quoting reference Cad 5323/07Sep.

There have been no arrests and enquiries continue.

An open letter from Ruth Dombey, the Leader of Sutton Council, setting out the council’s ambition to become London Borough of Culture 2023

Sutton is already a great place to live, work and raise a family. I’m certain you’ll agree as you live here too. And I’m sure you know that we are ambitious for Sutton. We are working hard to attract new investment and funding into the borough.

As ambitious as our plans are, we’ve been thinking about what we could do to capture the collective imagination of our residents, partner organisations and businesses. In a time of austerity and budget cuts, how can we celebrate and share our diverse cultures and values?

In the year of the fiftieth anniversary of the moon landing, when cutting edge science entered mainstream culture, we had one standout idea.

I’m proposing we bid to become the London Borough of Culture 2023. We’re giving ourselves time to really work up the idea and make sure that we involve everyone; residents, schools, voluntary organisations and all who live and work here.

This is an exciting opportunity. I believe Sutton is a real contender for this prestigious award. It could bring in up to £1.35 million to invest in the cultural offer across the borough, to inspire our children and build a legacy for the future.

Our bid will focus on The London Cancer Hub. Being built right now, this campus of local and international scientists, researchers and technicians is based in Sutton, working to combat different forms of cancer and improve people’s life chances. It is Sutton’s best kept secret.

We’re already attracting people and businesses from all over the world. There should be a cultural dimension to this, that is accessible for all.

This fantastic, born-of-Sutton development presents us with an opportunity for all communities, groups and ages to come together to spotlight the cultural richness and growing diversity within our borough.

To be successful we need the support of local residents, communities and partners. But this should be easy for us. Working together is the natural way we get things done in Sutton.

Sutton is the safest and greenest borough in London with thriving communities and neighbourhoods. With these foundations I believe the whole community can be enthused by this plan and I’m encouraging everybody to get on board. Becoming the London Borough of Culture would help us become an even better place to live and work.

To succeed we need everyone in Sutton to get involved and back our bid. Please share our ambition and show your support; visit our website, your local library or our council offices.

Residents, community groups and council staff, along with anyone who works or studies in Sutton, are all being encouraged to join in with a community clean-up this week

The clean-up will take place on Thursday 19 September (3-7pm) and will focus on the area between Sutton Civic Centre and Sutton High Street.  The grounds of St Nicholas Church will be a particular focal point.

Anyone attending can be sure of a warm welcome and will be provided with litter pickers, high visibility vests and sacks.

“These community clean-ups are really great events. Yes, they help keep the borough looking its best but they are also great fun; a good way of meeting new like-minded people who care about the area they live or work in. We’ll be meeting up at 3pm in the grounds of St Nicholas Church on Thursday 19 September, but people are more than welcome to join us later on; on their way home from work, for example. The more the merrier!”

Support and equipment is available to residents and community groups who would like to organise a community clean-up for their area.  Visit www.sutton.gov.uk/spickandspan for details 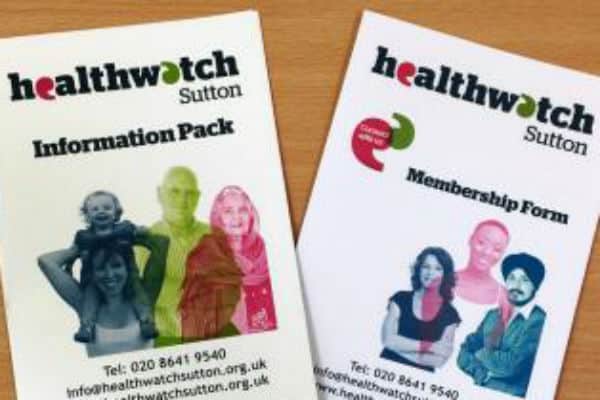 Healthwatch Sutton has been nominated for a national award by Healthwatch England for ‘Helping more people to have their say’ on children and young people’s mental health. 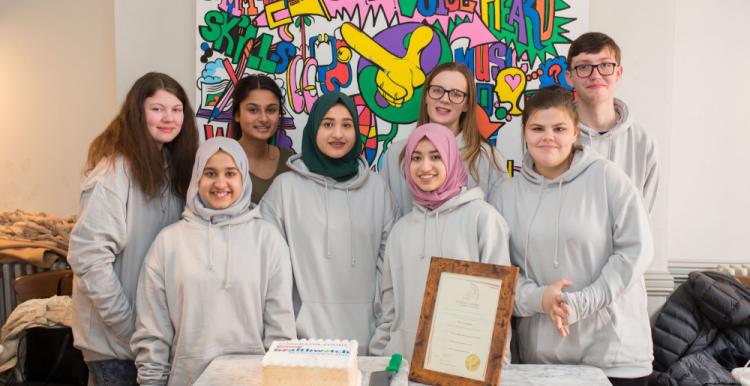 The ‘Helping more people to have their say’ award recognises Healthwatch who have used people’s views to make tangible improvements to local health and social care services.

Healthwatch Sutton surveyed over 5000 local children and young people in schools to gain a valuable insight into their mental health needs.

The pupils gave an honest account of the different challenges they face, including loneliness, self-harm and exam pressure. The report also highlighted the different barriers to accessing support for their mental health.

This work was instrumental in the application process that secured an extra £1.8million funding for schools to provide support for the mental health of young people locally.

“We are thrilled this report has been recognised by Healthwatch England at a national level.

We have heard from over 5000 children and young people in Sutton to highlight different aspects of their mental health. Their views and experiences are helping to transform our local services, and in turn, enhance their lives in the future.”

The winner from each category will be chosen by a panel of external judges and announced at the Healthwatch England Annual Conference on Tuesday 1st October 2019. 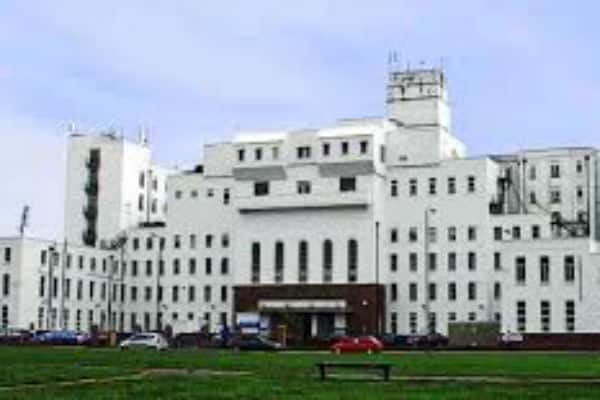 When you play to support our charity we receive 50p from each £1 entry.

The money raised will help fund projects, both big and small, to provide extra care for patients and their loved ones. So join today and make a ‘lotto’ difference! 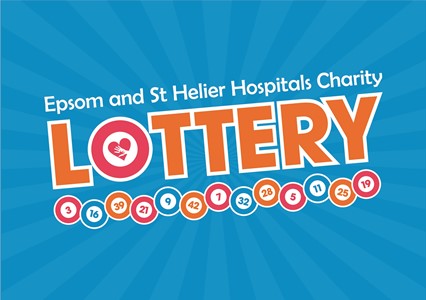 five entries into the next draw = Three digit match.

If you have any queries please take a look at FAQ [pdf] 496KB or contact esth.charity@nhs.net.

For more information on Unity Lottery and the winning numbers go to www.unitylottery.co.uk
Category: NEWS

The preceeding day Beddington Park will be host to Bike Fest with local cycling groups and activities during the afternoon and a pedal powered cinema showing Disney’s Aladdin in the evening.

Both of these are free and require no booking. Spread the word with anyone that rides a bike, or any that don’t have one yet!

A Sutton resident has warned all car owners of a thieves wearing hi viz jackets that are operating in the borough stealing catalytic converters.

“I had my catalytic converter stolen off my car a couple of days ago while it was parked outside my house,” said the resident.
“They jacked up the car, crawled underneath, cut it off the exhaust system and were gone in minutes! I didn’t hear of see a thing. Following research it appears that this is happening all over the country and that there are so many incidents garages don’t have replacement catalytic converters to fit. they wore hi viz jackets which made them look official.”
Category: NEWS
Recent Posts
Recent Comments
Archives
Categories
Meta