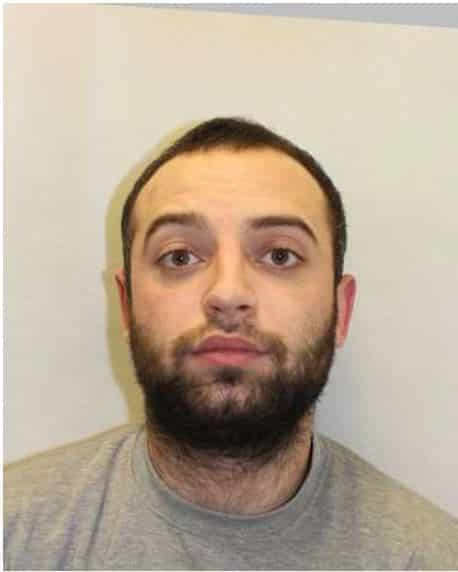 A man has been jailed following an investigation by officers into a sexual assault on board a night bus in south west London.

Edward Chirmicii, 24 (7.11.96) of Waltham Forest, E11 was sentenced at Southwark Crown Court on Friday, 7 May to 16 months imprisonment. He was also given a five year sexual harm prevention order, placed on the sex offenders register for ten years and ordered to pay compensation to victim amounting to £1000 within 6 months.

He had previously pleaded guilty to one count of sexual assault.

PC Chris Bowman, from the Roads and Transport Policing Command, said: “Chirmicii targeted a woman travelling alone on a bus. He made a number of unpleasant comments towards her, causing her to fear for her safety.

“Following the assault, he calmly boarded another bus to continue with his journey as if nothing had happened. The woman’s quick phone call to police ensured that he was caught.

“It is possible that Chirmicii may have carried out other offences. If this is the case, I would like to hear from anyone who recognises him. Everyone is entitled to travel safely on public transports, and any behaviour which prevents this will not be tolerated.”

At approximately 01:15hrs on Monday, 1 February, a woman boarded a Route N87 on Wandsworth Road, SW8. Before sitting on the lower deck. Chirmicii was already on board.

Within a matter of seconds, he moved to sit next to the woman before making lurid comments to her. When the woman refused to engage with him, he moved back across the aisle where he proceeded to watch a pornographic video on his phone.

A short time later, the woman noticed him performing a sex act. He then got off the bus.

The woman informed the driver and got off the bus further along the route where she called the police. A second bus pulled up and she saw Chirmicii on the lower deck.

Officers stopped the bus and he was arrested on suspicion of sexual assault.

Mandy McGregor, TfL’s Head of Transport Policing and Community Safety, said: “It is right this utterly disgusting act committed by Chirmicii has been punished with the full force of the law. No one should have to endure this type of despicable behaviour, which thankfully is extremely rare, when travelling around London. Public transport is a safe, low crime environment, but we would urge anyone who does experience unwanted sexual behaviour on our network to come forward and report it to the police immediately. All reports are fully investigated and we work closely with the police to bring offenders to justice.”

+ If you have been a victim of sexual assault or rape or you have information about an offender, contact police on 101 or 999 in an emergency – there are specially trained officers who will listen and investigate where needed.